Avengers: Endgame is a 2019 American superhero film based on the Marvel Comics superhero team the Avengers, produced by Marvel Studios and distributed by Walt Disney Studios Motion Pictures. It is the direct sequel to Avengers: Infinity War (2018) and the 22nd film in the Marvel Cinematic Universe (MCU). It was directed by Anthony and Joe Russo and written by Christopher Markus and Stephen McFeely, and features an ensemble cast including Robert Downey Jr., Chris Evans, Mark Ruffalo, Chris Hemsworth, Scarlett Johansson, Jeremy Renner, Don Cheadle, Paul Rudd, Brie Larson, Karen Gillan, Danai Gurira, Benedict Wong, Jon Favreau, Bradley Cooper, Gwyneth Paltrow, and Josh Brolin. In the film, the surviving members of the Avengers and their allies attempt to reverse the damage caused by Thanos in Infinity War.

The film was announced in October 2014 as Avengers: Infinity War – Part 2, but Marvel later removed this title. The Russo brothers joined as directors in April 2015, with Markus and McFeely signing on to write the script a month later. The film serves as a conclusion to the story of the MCU up to that point, ending the story arcs for several main characters. Filming began in August 2017 at Pinewood Atlanta Studios in Fayette County, Georgia, shooting back-to-back with Infinity War, and ended in January 2018. Additional filming took place in the Metro and Downtown Atlanta areas, New York, Scotland, and England. The story revisits several moments from earlier films, bringing back actors and settings from throughout the franchise as well as music from previous films. The official title was revealed in December 2018. With an estimated budget of $356 million, it is one of the most expensive films ever made. 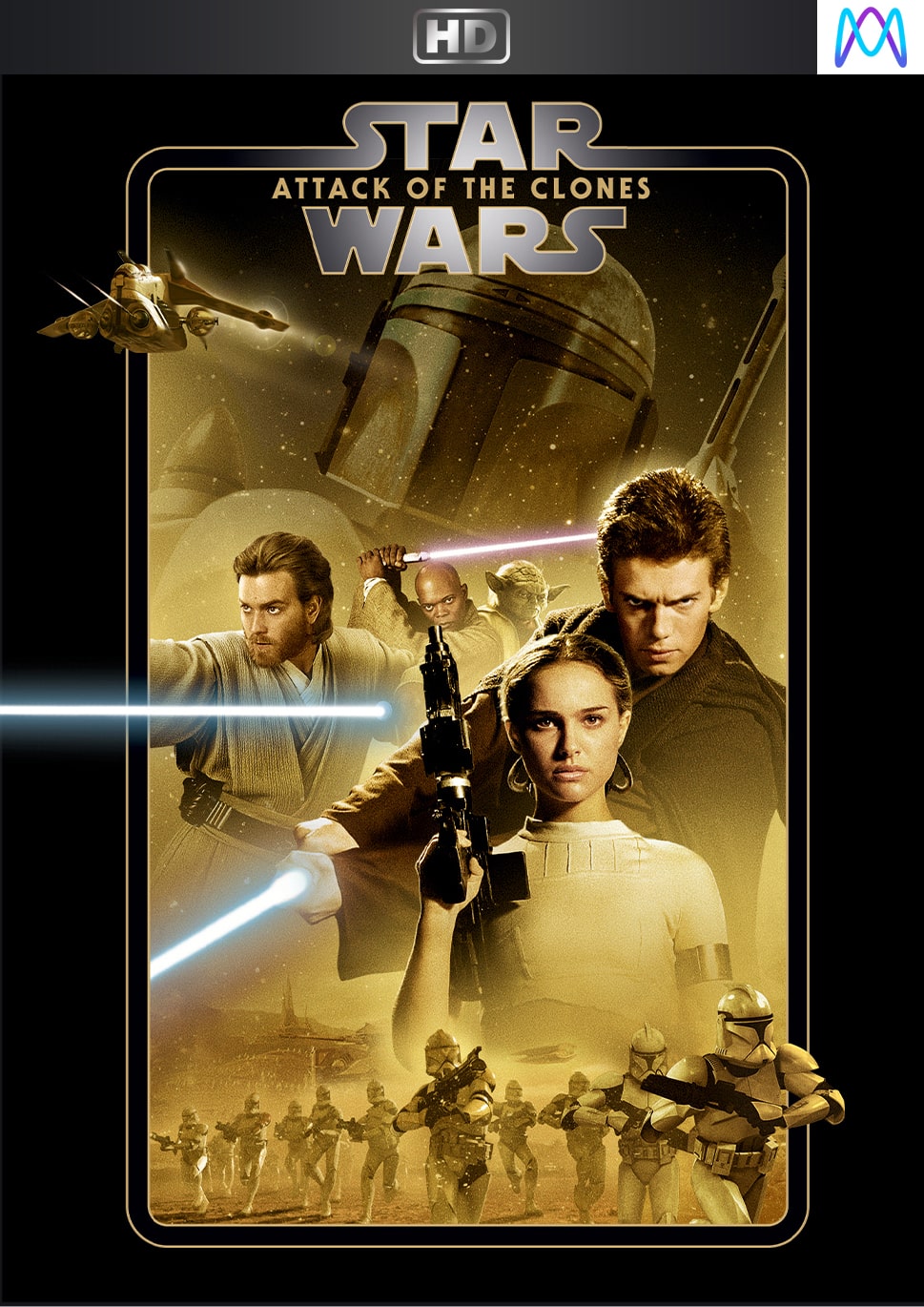 Star Wars: Episode II – Attack of the Clones is a 2002 American epic space-opera film directed by George Lucas and written by Lucas and Jonathan Hales. It is the second installment of the Star Wars prequel trilogy, the fifth film to be produced, and the second film in the "Skywalker saga". It stars Ewan McGregor, Natalie Portman, Hayden Christensen, Ian McDiarmid, Samuel L. Jackson, Christopher Lee, Anthony Daniels, Kenny Baker, and Frank Oz. Set ten years after the events in The Phantom Menace, the galaxy is on the brink of civil war, with thousands of planetary systems threatening to secede from the Galactic Republic. After Senator Padmé Amidala evades an assassination attempt, Jedi apprentice Anakin Skywalker becomes her protector, while his mentor Obi-Wan Kenobi investigates the attempt on her life. Soon, the trio witness the onset of a new threat to the galaxy: the Clone Wars.
Add to cart
©copyright 2020 TheDigitalMovies